Peyton James, my son and my hero, entered the world two months early on June 16, 2001, the first child of David and Jacki James. Peyton weighed only 2.52 pounds, and was given a 30% chance to live, but he beat the odds and after 35 days in the hospital, he went home.

Throughout his life, Peyton was much loved. He was a born entertainer, and loved to put on shows for his parents and other family members. He was climb up on the benches at the mall, ask his mom to “beduce [introduce] me” and then proceed to put on a show. He longed to be a contestant on American Idol, and played the Big Bad Wolf in his kindergarten class production of “Little Red Riding Hood.”

Peyton was also an animal lover. Throughout his life, he was surrounded by dogs and cats, and on visits to his grandparents’ farm, loved to play with the horses, cows, goats and donkeys.

As he grew up and entered school, Peyton developed a fascination for learning and a love for reading. He loved the zoo, museums, libraries, and as he got older, his love of technology and the internet helped further his quest for knowledge and desire to entertain. He wanted to be a vet and a youtube sensation.

Life was not without difficulties for Peyton. He had deal with the death of three of his four grandparents, his parents’ divorce and ridicule from his class mates because of his small stature, red hair, glasses, and discolored teeth (a result of being given pure oxygen shortly after his birth). In addition, shortly before his 13th birthday, Peyton was also diagnosed with depression and anxiety.

Peyton coped the best he could, but on October 8, 2014, Peyton hung himself. First responders were able to restart his heart, but he never regained consciousness, and passed away on October 13, 2014 at Dell Children’s Medical Center in Austin.

Organ donation was an easy decision for his mother and me. Peyton had always been a giving child, a loyal friend, and caring spirit. His organs helped save eight people.

In order to keep Peyton’s spirit alive, I began #Product4Peyton and became part of the #PeytonHeartProject. Both of these groups keep Peyton’s legacy alive, as well as promote suicide prevention and mental health awareness.

Peyton was able to give the Gift of Life to six special people and the Gift of Sight to two others through his cornea donations.

I spoke with the mother of one of his cornea recipients, a 7 year old girl. The family had all but given up hope that there would ever be a donor for her daughter. She told me that “Peyton gave us hope,” even though the transplant didn’t take. These words let me know that the decision to donate his organs and corneas had been the right one.

Although Peyton was gone much too soon, we know his spirit lives on in those he helped. 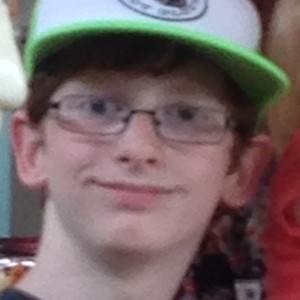 3 thoughts on “Peyton: My Son and My Hero”