It has been approximately 6 1/2 years since I underwent a double-lung and single kidney transplant. This 48-year-old special-education teacher and grandmother of two is not slowing down. I have found a new life with the new organs after my triple transplant!

In 2012, I participated in the softball throw during the Donate Life Transplant Games of America in Grand Rapids, MI, and in a variety of sporting events at the TGA in Houston in 2014. The experience itself was awesome! Just to know that someone like me, who has been through so much hardship can persevere and thrive!

I’ve been healthy most of my life, but in 2005, I was diagnosed with scleroderma which is a chronic, systemic autoimmune disease that had attacked my internal organs and lung functions. In less than two years, my lung function was so poor that I needed oxygen 24/7 and visited a Houston rehab facility for breathing exercises three times a week. I couldn’t go places by myself anymore and I was in and out of the hospital. I couldn’t walk or do much without having shortness of breath. Chemotherapy and other medicines did little to slow the disease down. By 2009, my condition had worsened and I was going through 15-22 oxygen tanks a month. My lungs were like those of a 40-year-old smoker, and I had never smoked. I was going downhill – even my doctor remarked that “I was beating down death’s door!” I was mentally, physically and spiritually exhausted. At that point I was telling God, I was ready if he was ready for me.

On September 21, 2009, I received The Call that changed my life after being on the transplant waiting list for less than six weeks. Knowing how long others have and continue to wait, I feel fortunate and blessed. God blessed me and that was awesome! My transplant took 15 hours and I remained in an induced coma in ICU for a week.

My lungs and kidney came from the same donor – a man in his late 20’s who died after a car accident. I know very little about my donor, but I am grateful for the gift of life. I write to his family every year around the anniversary of my transplant and continue to hope to meet them one day. I want to tell them that their family member is living through me and I am going to take care of these organs to the best of my ability.

I don’t need the oxygen tanks anymore. I can breathe well on my own, and I can walk where I want without getting short of breath. It has taken me two years to completely recover from the transplant. It was a rough road – infections kept me in and out of the hospital, but through it all I remained optimistic. My mood and temperament was set on the fact that I was going to beat this and I was not giving up. I had too much to live for and if God brought me through the surgery, he had a purpose for my life. I haven’t been in the hospital in almost a year, I’m tapering off on some medications and I’m all about moving forward with my life. Best of all, I have returned to teaching – a profession I love. I have been tutoring in my home for the last few years and received my Master’s Degree in Education – School Counseling in May 2012.

I got involved in the Transplant Games by joining the Team Texas track and field squad. I didn’t win a medal, but I placed within the Top 10. Most people took the competition very serious. Some, like me, just went to have a good time and to show people that we are not giving up on our lives. Competing in the games is evidence that transplant patients can go on to live normal lives. It’s as Dr. A. Osama Gaber, director of the Methodist J.C. Walter Jr. Transplant Center, said in a news release “To see how sick many of these patients are before transplant and how they are now healthy enough to physically compete is a triumph for these amazing people.” I made a lot of friends at the TGA events and I’m looking forward to returning to the Games this summer.

I was able to go through the transplants and still participate in sporting events. I’m still young and willing and there’s nothing that I can’t do! I have always been religious, and this near-death experience has made my faith much stronger. God has now proved himself to me, and my relationship is now closer with Him. I have every reason to praise him! 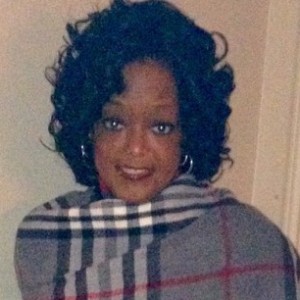 2 thoughts on “Not Slowing Down”